The Center for Biological Diversity Action Fund endorses Joe Biden to be the next president of the United States.

The reason is simple: Donald Trump has been the worst president in modern history — an absolute disaster, especially when it comes to protecting people, wild places, wildlife and the planet.

Four more years would be catastrophic for our planet and for our democracy. We can’t let that happen.

Think about what has happened since Trump took over the White House:

All of it has been fueled by Trump’s most defining and shameful traits: cruelty, selfishness, greed, racism, misogyny, hatred and ignorance.

It has to end.

There is only one choice in November: We must elect Joe Biden president, and we must do so in a landslide.

To be sure, we have our policy differences with Joe Biden, and we will rigorously debate those differences after he is elected. We will push Joe Biden every day to do everything in his power to stop the extinction crisis, avert disastrous climate change and restore our environment. We will challenge him in the arena of ideas to ensure that justice for people and the environment are always put before special interests and powerful corporations.

But let me be totally clear. There is simply no comparison between Donald Trump and Joe Biden. Trump embodies the worst of humanity. Biden may have his flaws, but he is decent and humane.

This is the most consequential election in our lifetime. For our future, for our democracy and for the future of our amazing planet, I urge you to do everything you can to end the presidency of Donald Trump and elect Joe Biden president. 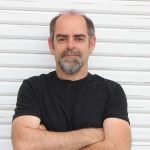 P.S. Donald Trump’s efforts to suppress the vote are unprecedented and will have grave consequences for our country for decades to come. If you need information on registering to vote, requesting an absentee ballot, working at the polls, or volunteering for a political campaign, click HERE.