“The Land of Enchantment would become a lot less enchanting if public lands were privatized and rare wildlife wiped out, as the special-interest opponents of our endorsed candidates fully intend,” said Michael Robinson of the Center Action Fund. “The candidates we endorse cherish our public lands and understand that people will spend money and create jobs in New Mexico to enjoy uncluttered landscapes and unique ecosystems. They know we must protect our forests, deserts and streams, and conserve the diversity of life.” 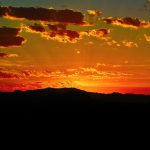 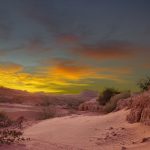